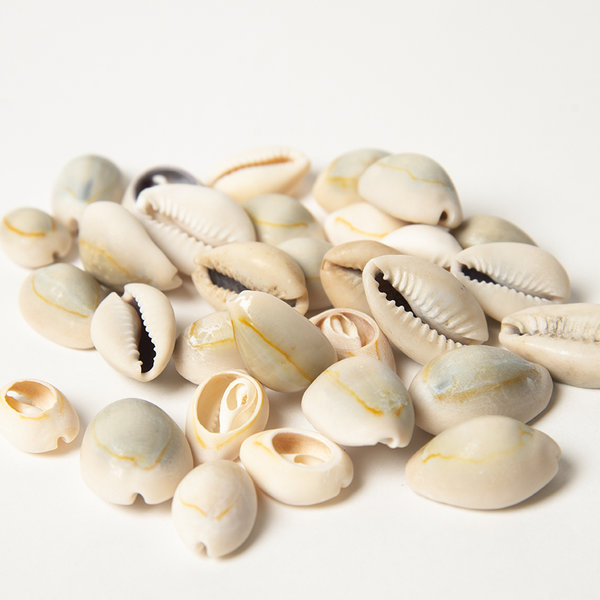 The cowrie shell has many uses and meanings. It has shown up in the form of money, jewellery, and religious accessories in almost every part of the world. Found in the islands of the Indian Ocean, the cowrie shell soon gained popularity throughout much of ancient Africa. Spiritually, according to African legend, if you are attracted to cowrie shells you could be family to an Ocean Spirit of wealth and earth.

It also represents Goddess protection which is very powerful and connected with the strength of the ocean. Throughout Africa, South and North America, the cowrie symbolised the power of destiny and prosperity. Rows of shells have been and continue to be attached to masks that symbolise great wealth and the Royals have worn clothes adorned with them for eons.

The cowrie shell is an African female symbol. Worn around the hips, it is believed to increase fertility. In today’s fashion, the beauty of the cowrie shell is seen on necklaces, belts, hair accessories and bags.